By Lynn Taliento and Anu Madgavkar 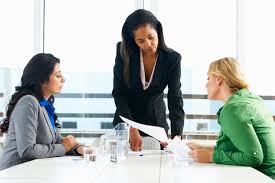 The economic and business case for gender equality is now overwhelming. Evidence is mounting that having more women in the boardroom and senior management positions is positive for the bottom line and for society.

While there has been progress toward increased educational opportunities and greater participation in the labor force for women, they remain underrepresented at the top of companies around the world. And it’s not just in business that women are not rising to the top—the same is true in the nonprofit sector and in politics.

In 2012, most Asian countries had fewer than 10 percent female representation on executive committees and saw women making up fewer than 5 percent of CEOs, losing the majority of women in the mid-to-senior management level. In 2015, 45 percent of entry-level jobs in the United States were occupied by women, but women held only 17 percent of C-suite jobs.

In the nonprofit sector, women hold only 21 percent of leadership roles in organizations with budgets in excess of $25 million despite making up 75 percent of their workforces.

Globally, there are 22 women in ministerial and parliamentary roles for every 100 men. Even in developed economies—and democracies—such as the United Kingdom and the United States, there are only 24 and 34 women to every 100 men, respectively, in these top government roles.

The economic and social benefits of narrowing the gender gaps are clear. If women were to participate in the world of work identically to men, an additional $28 trillion, or 26 percent of incremental global GDP, could be achieved in 2025. That’s roughly the combined size of the economies of the United States and China today.

Gender diversity has been shown to increase an organization’s performance as well as improve morale, recruiting and external image. McKinsey’s Women Matter research has found that companies in the top quartile for gender diversity are 15 percent more likely to have financial returns above the average in their national industry.

The lack of women in positions of political power has a cost for society, too, because women often have different priorities and can be more effective where it matters. For instance, one cross-country study found that greater representation of women in parliaments led to higher expenditure on education as a share of GDP. In India, women’s leadership in local politics has been found to reduce corruption. And in the social sector, research has shown that nonprofits with women in leadership positions are more successful in realizing their mission and reaching their goals.

Deeply-rooted attitudes stand in women’s way. We analyzed data from the World Values Survey and found a strong link between attitudes that limit women’s potential and actual gender equality outcomes in a given region. For instance, the survey asks respondents, both men and women, whether they agree with the following statement, “When a mother works for pay, her children suffer.” We examined the responses against outcomes related to women in leadership positions and found strong negative correlations. This was true not only in developing countries, but in developed countries as well. More than half the respondents in South Asia and the Middle East and North Africa agreed with this statement—but so did 29 percent of respondents in nine developed countries.

A view that it is more difficult for women to balance family life and a top-level career persists. Across countries, the “double burden” of balancing work and domestic life was the barrier cited most often in our Women Matter research—by 45 percent of respondents in Asia-Pacific, 34 percent in Europe and 31 percent in North America. Another oft-cited barrier was the “anytime-anywhere” work model that requires employees to be available at all times and geographically mobile.

Tackling women’s underrepresentation needs to take place on many levels. In companies, the CEO needs to drive change from the top. In France, Renault Nissan’s CEO has made a clear commitment to gender diversity, and the company now publishes annual updates of female advancement.

Every company should consider policies that do not penalize flexibility and part-time work arrangements and that promote options for telecommuting, provide adequate paternity and maternity family leave, plan for onsite child-care provision for employees, address unconscious biases and revamp the 24/7 culture that especially harms women.

In political life, quotas for the number of women as candidates or in political office have been used by some countries such as Norway—where political parties adopted voluntary quotas for female candidates—and Rwanda, where 24 out of 80 seats in the lower house of parliament are reserved for women. Burkina Faso implemented an increase in public funding to political parties if 30 percent of candidates elected are female. But beyond quotas and financial assistance, women need to build leadership capabilities, and organizations in Ireland have invested in training women for political candidacy and office.

Even as other gender gaps have narrowed, women struggle to close the gap with men on taking the roles that lead and shape the world. Until that gap is closed, women cannot meet their full potential—and the world will be poorer as a result.

This article originally ran in devex.com